Viking Johnson’s roots date back to the 1930’s when Johnson couplings were made by the Victaulic Company Ltd, part of the Stewarts & Lloyd steel group. The package of S&L steel pipe and Johnson couplings was very successful and installed on many pipeline projects worldwide.

1967 saw nationalisation of the major steel companies, including S&L, and Viking Johnson became part of British Steel Corporation’s Tubes Division. This Company continued until 1983 when, under Margaret Thatcher’s conservative government, the non-steel making parts of BSC were privatised and Victaulic plc was formed through an employee buy-out. In 2003, Viking Johnson was one of several businesses bought by Crane Ltd.

Until 1980, the majority of Viking Johnson’s output was concentrated on just a dedicated range of couplings. Since then, in each decade that followed important new products have been developed and the portfolio has greatly expanded.

1930 Original Johnson Couplings made by The Victaulic Company Ltd. (part of Stewarts & Lloyds) 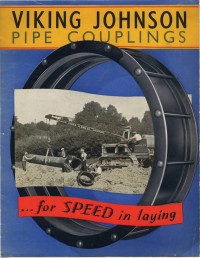 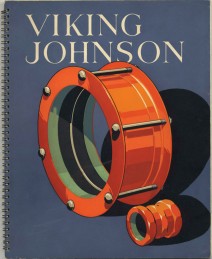 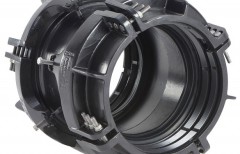 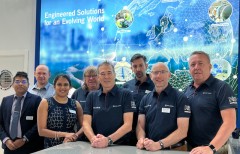 Viking Johnson exhibited at IFAT in Munich - the world’s leading trade fair for water, sewage, waste and raw materials, from the 30th of May to the 3rd of June 2022. 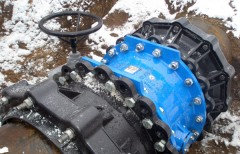 Vodárna Káraný supply the capital of Prague and the surrounding areas with drinking water, suppling 1/3 of the capital they are a very important water source.